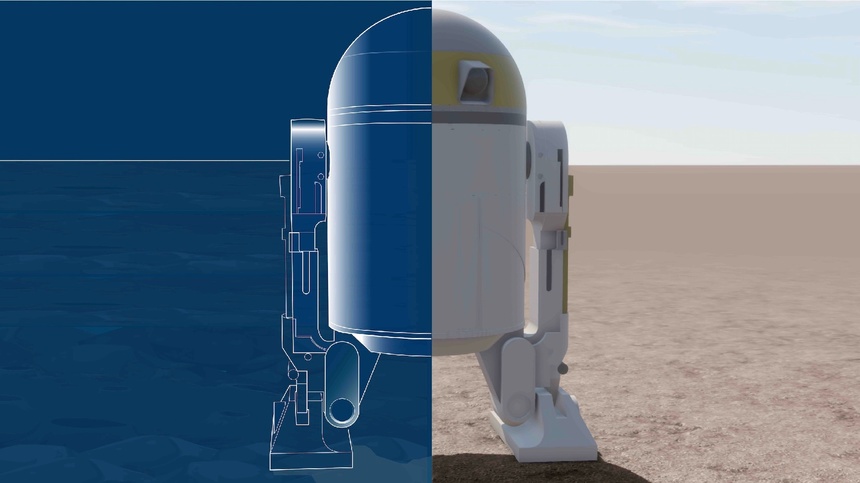 IF WE provide access and mentorship to 3DEXPERIENCE, can help a community realize the dream of turning their&nbwidth="50%"sp;fan-made replica props into fully autonomous robots?

with In the last 45 years of Star Wars films, all the R2-D2  props were either puppeteer'd by an a actor or puppeteer'd by remote controlled. In the last 20 years of Star Wars fan communities, the fan built replicas have been static or remote contronbsp; lled. Today we can combine the resources of the Dassault Systemes 3DEXPERIENCE Lab, the Robot Operating System from the Open Robotics Foundation, and the Jetson GPU based embedded systems from NVIDIA to bring R2-D2 props to life.

In 1997 Robert Jackson began collecting an archive of information about the original prop from the 1976 film including...

The idea is to take all the archive material and create an Open Source geometric models of  the original Remote Control prop to the exact specification of how it existed in 1976 but with one important change. The change is to replace all the original remote control electronics with full autonomous GPU based embedded systems and machine learning as a Open Source robotics platform based on the Robot Operating System.

The idea will be be  hosted and openly shared in the OpenR2 3DEXPERIENCE cloud tena option? My categories are set tont. It will archive Open Source representations of the dimensions and the construction methods from the original aluminum and fiberglass props from the first Star Wars film. It will provide a continuing Open Source architecture for a complete autonomous real time robotics backbone including a sample implementation for the original third foot leg drop system.

POSITIVE IMPACT ON THE SOCIETY

By sharing knowledge and know-how about 3D and engineering, this community is a new way to connect the dot between virtual and real worlds. Together because we are stronger.

BENEFITS TO USE THE 3DEXPERIENCE PLATFORM ON CLOUD