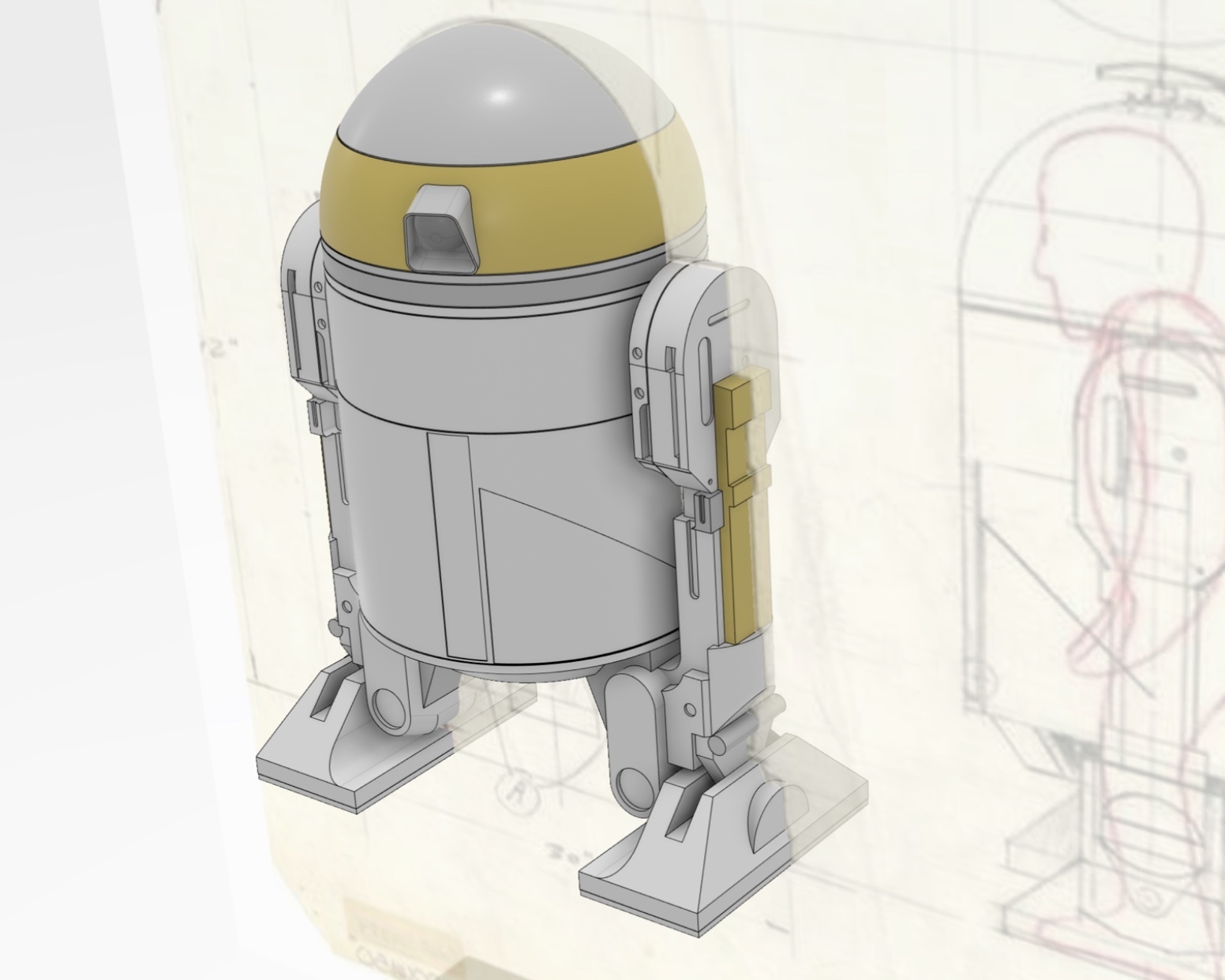 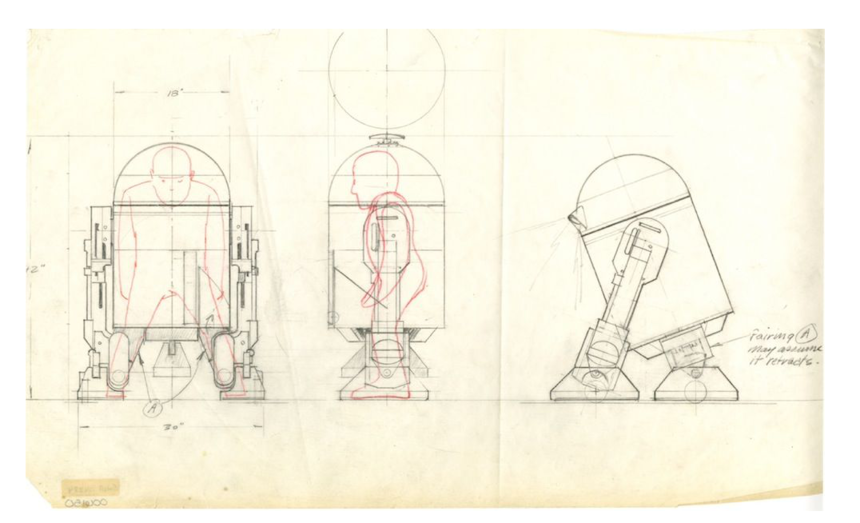 The first true blueprint for the production was made between August 1975 and September 1975. The blueprint is credit in "The Making of Start Wars" to Ralph McQuarrie as a study in how an actor would fit inside of the costume.