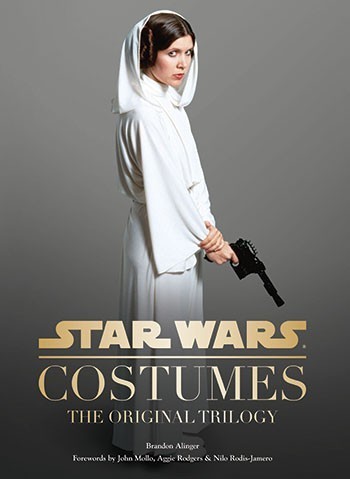 While working as Managing Director for Peteric Engineering, Dr David Watling built seven (or more correctly 6 and a half)  R2-D2 units for the original 1977 Stars Wars film.

Brandon Alinger interviewed Dr. Watling in December of 2013. Brandon has shared his interview and some of his notes about the interview.  If you haven't already, please consider purchasing Brandon’s Star Wars Costume book.

We 've noticed some particular facts captured in the interview that are critical in defining the OpenR2 specification.

"The whole of R2 was made from aluminium sheet, not cast, as it had to be very light not only for Kenny but also so that it could run over sand."

This is an important realization, as most of the fan built R2 units constructed over the last 20 years have a substantial amount components that are milled or turned.

"We were responsible for all of the mechanisms built into R2 such as rotating the head, transition from a bipod to a tripod."

It is likely the that center leg drop blueprints were designed by Peteric. The OpenR2 specification used the head rotation design specified on the leg drop blueprint. This design can be confirmed as what made it to production by examining behind the scenes photographs from 1976.

"We were provided with drawings for the body of R2 and plaster moulds for the head, leg and foot."

We have always held the position that the 20th Century Fox production blueprints only contained body dimensions and were likely only used to manufacture the body skins. Dr. Watling confirms this by stating that a casting of the leg, foot, and dome were scaled from reference moulds  and only the body had drawings.

"Peteric were specialists in fabrication in metals and hence when John Stears asked us to make the robots it was assumed that he had decided that fabrication in metal was the correct method. We chose aluminium rather than steel simply of the grounds of weight."

This explains how the switch from Fiberglass to Aluminum happened. The production blueprints both mention fiberglass and appear to be drawn up as if the construction would be from fiberglass. Although this may hint at some kind of misunderstanding, other sources indicate the John Stears pushed for a budget that would allow metal construction for added realism.

"You roll it, you take a sheet of aluminum-you put it in some rollers, you roll it round, you join it, you clean off the joint, and I can't remember what we did with the body, but I suspect we only used one skin on the body of a slightly heavier material, but I really can't remember."

This may explain why people have measured the aluminum skin thickness in the past to be 0.040" (19 gauge). This seems to disagree with the specification on the body blue prints that the body panels be 1/16" (0.064" or 12 gauge).

It’s possible that it was easiest to get at the inner skin,  which would have been 0.040", and then to assume both skins were the same. It’s likely that the heavier outer skin was made to hit the 1/16" panel depth to respect the blueprint definition while a thinner skin was used for the inner in an attempt to shave off weight at any opportunity.

The mould for the head was cast in a studio lamp reflector. The reflector used was slightly damaged which accounts for the dent in the mould, we were told not to copy the dent.

This indicates that two flavors of domes would have been on the bench at Peteric in 1976.

The plaster mold sent to Peteric (now owned by Gus Lopez) would have had the dent from the reflector. This dome would have likely been from the same lineage of many of the background cast domes the original trilogy and some of the later cast hero domes in the prequels. This includes the R4-G9 dome from ROTS .

A laser scan of the R4-G9 dome is hosted by OpenR2.org for reference.

The cleaned up aluminum domes would not have had the dent. These domes would likely have been from the same lineage as the ESB fiberglass vacuum form mold which was likely fabricated off of aluminum dome shown in the Celebration scene at the end of Star Wars.

A laser scan of the ESB fiberglass vacuum form mold is also hosted by OpenR2.org for reference.

"None of the parts were cast, the arms were machined from solid aluminium. It would have been quicker to machine that make a mould for casting and then have to machine the casting to obtain the exact shape and finish required."

"There was no aluminium casting facility at shepperton. We sub-contracted the machining of the arms to a company called C & L Developments, it is possible that they had some castings made but my memory is that they machined from the solid."

There is a little bit of conflicting information about the mechanical arms on weather they were cast and machined or machined directly from solid stock. 30 years is a long time to remember all the details with no surviving production notes.

"Now the head itself, was made from a thing called a spinning. You take wooden former of the shape that want. You spin it in something that looks rather like a lathe, although it isn't."

"And then you press the sheet of aluminum using a roller around the former, and it ends up the same shape as the former that you've made. And then what we did, we skimmed one thickness off the wooden former, and did the process again. So the head is actually made of two layers of spun aluminum."

It been know for a long time that the domes were manufactured from a spinning process.

It’s interesting that the spinning former was made from wood and, after the outer domes were spun, the former was actually modified to make an inner former.

This dispels the rumor that the former in the shape for of the inner dome only and both the inner and outer sheets were spun at the same time. It also means that the original former for the outer visible surface of the dome will never be found because it in effect no longer exists.

"So a lot of that would have been prepared in the flat, and we had some machines that would punch holes very accurately within a few thousandth of an inch, in the flat material, and then you would roll it and join it."

"We would punch them in the flat."

"It's done in a machine and you can have all sorts of shapes of punches, and the punch has to be just very, very slightly smaller than the hole underneath, what we call a die."

"We had a tooling facility, which allowed us to make those punches and dyes, so if we wanted a strange shape, we could make it."

We had a conversation with Chris Reiff at Star Wars Celebration 2019 about how precise the cuts for the body panels on the original units seem to be. Chris felt that the cuts must have been made by machine, possibly laser cut.

Investigating the history of Laser Cutting, we found that the first laser cutting  proposal was written in 1969; the first working prototype was developed at Boeing in 1971; and the first commercial company started selling units in 1975. This was a little to late for 1976 production work.

We did some research and proposed that the panels were either made on a manual punch machine or a punch machine running under some rudimentary CNC controller.

Brandon's interview of Dr. Watling 100% confirms that panels were made using a punch press.