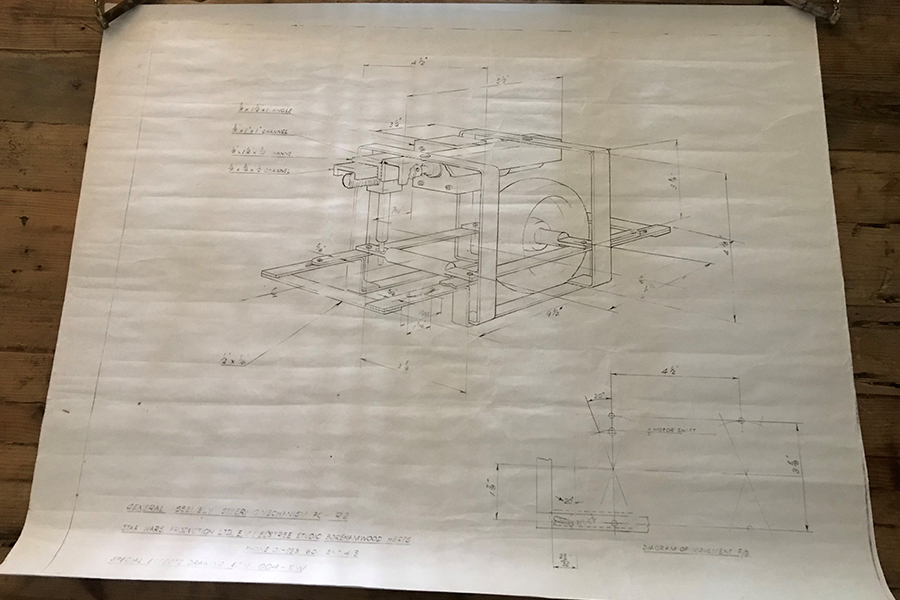 A big thanks to Mark Kiger who tracked down a copy of the 1976 Elstree Studio blueprint for the General Assembly Steering Mechanism at the The Forum Shops at Caesars Palace, Las Vegas, Nevada. The print was originally purchased from Disney Antiquities.

It been long debated, over the last 20 years, if Artoo has any capability beyond using speed control of the motors in the left and right feet for differential steering.  Everyone is in agreement that the center foot external shell definitely does not turn in an of the scenes in the movies, behind the scenes footage,  or any of the documented live appearances.

To add to the mystery of the situation John Stears has said "R2-D2 has three forward speeds, but no reverse, and is steerable. Steering is done via the front drop leg, with a proportional self centering servo unit. The twin wheels in the steering foot remain parallel to the other wheels during turns."

This blueprint, in conjunction with John Steers statement and a behind the scenes shot of Artoo doing a quick corrective maneuver after a leg drop, seem to definitively answer that at least one unit, the one with the leg drop mechanism, had true center foot steering.

The blueprint has been scanned on a high end Cruse-Synchron flat bed scanner. 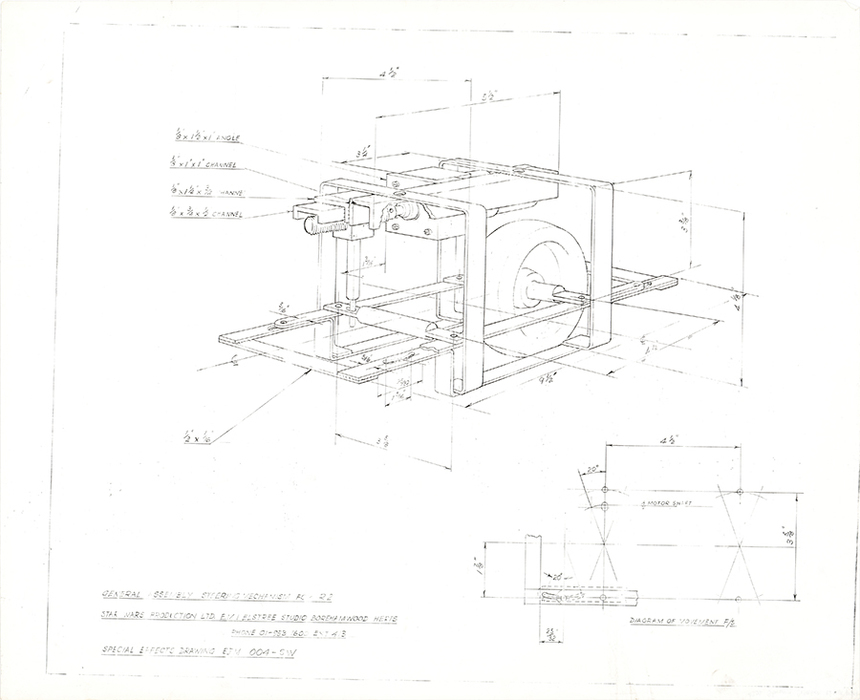 We immediately dropped everything to create a 3DExperience model from the blueprint. We had to quickly come up to speed on the new Kinematics and Physics simulation. Stay tuned for an animation of the mechanism in action! 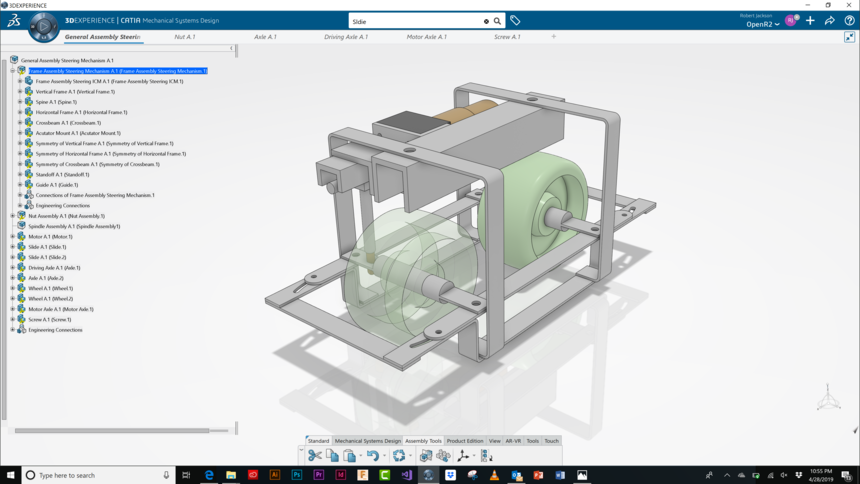 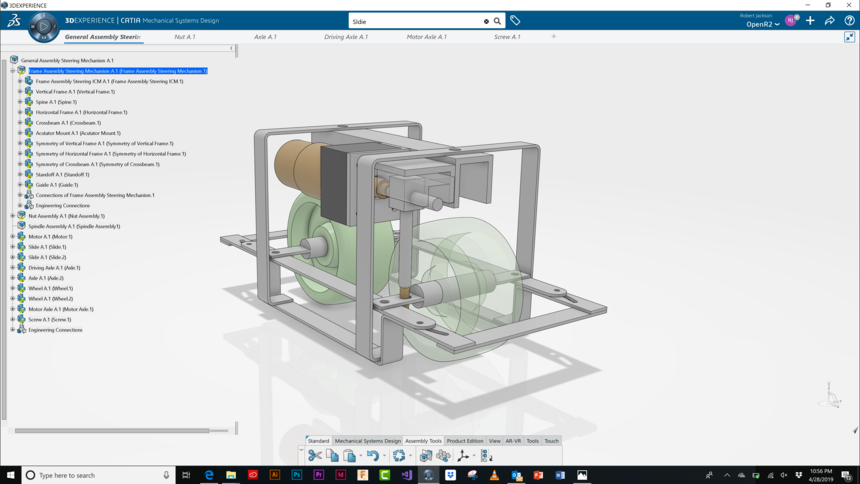